Will the production of tractors YTO in Ukraine 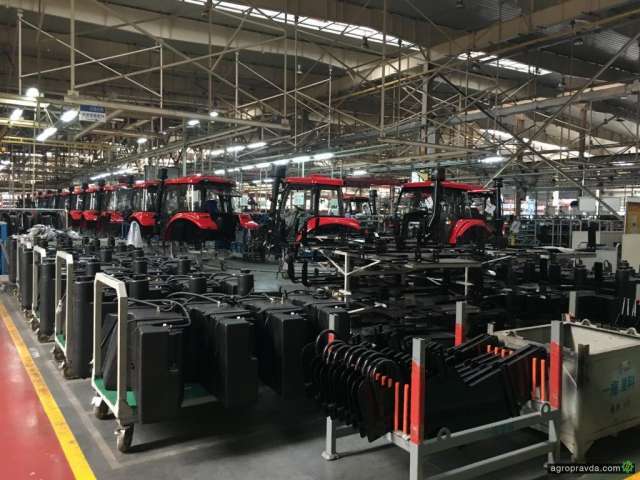 We have already told that the Chinese concern is closing its European plant for the production of components. However, YTO is still interested in the European market. What will replace?

According to SpecMachinery.com.ua, YTO is actively looking for a production site closer to Europe. And in development - a number of options.

Option 1. Kazakhstan
The first point where YTO Group Corporation intends to create a full-fledged production, and already now - this is Kazakhstan.

The Chinese corporation plans to build a factory from scratch, and negotiations have already been held.

Production will be located in the industrial zone of Kostanay, and the planned investment in the project at the start will be about $ 25 million.

However, the point is located far from Europe.

Another point, which became known recently - Tatarstan in the Russian Federation.

This option has an undeniable "plus" - production can be adjusted at the facilities of MTZ-Tatarstan. According to the press service of MTZ, the Chinese guests noted the high level of production created on the basis of TPK "MTZ-Tatarstan".

Following the talks, the representatives of the parties reached agreement that in the near future the issues of establishing possible cooperation will be substantively considered and analyzed in detail.

“Plus” option: the plant does not have to be built from scratch.

The "minus" of this option: tractors from here to Europe will not fall.

Everything is much more interesting here. Since the end of 2017, Kherson Machine-Building Plant has been the official dealer of YTO. In 2018, representatives of the plant visited production in the brand’s home country - in China. Then YTO representatives arrived in Kherson.

The result was the signing of a long-term cooperation contract.

Local authorities have already supported the project with their statements.

It is hoped that in 2019 a joint venture will appear in Ukraine and the production of tractors will be adjusted.

"Minus" option: the still unpredictable business in Ukraine.

The “advantages” of the option: KMZ already has experience working with foreign manufacturers, it has its own production base; Excellent location in terms of logistics; with minimal effort and desire, the path to Europe is open.

The process of simultaneously “working through” several options is absolutely logical and understandable. Moreover, the Chinese giant is quite able to “invest” in several projects at once.

And in this case, the majority of the “advantages” on our side, but only on the domestic business (and to a large extent the officials) will depend on whether the Chinese giant chooses Ukraine as its main (or even the only) platform.


More in this category: « Bogdan Motors has entered the list of 20 most innovative companies in Ukraine Zoomlion acquired German crane manufacturer »
back to top