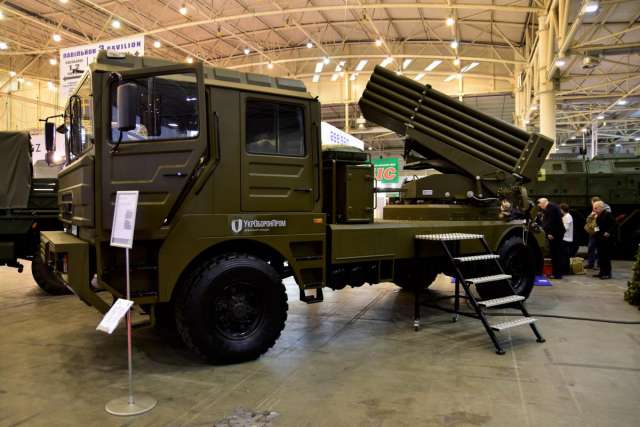 The combat machine was developed by the State Enterprise "Shepetivsky repair factory", and it uses components of Ukrainian production exclusively.

"The use of modern digital technologies and a new chassis of domestic production give Berest a key battle and operational advantage. The use of a new digital fire control system allows the crew, without leaving the cabin, to prepare for shooting, in particular - topo-geodetic bindings ", - the message says.

In "Ukroboronprom" argue that digital technology integrates "Berest" into the system of information exchange on the battlefield. This allows you to calculate the real-time RSAs to obtain the exact coordinates of the enemy, coming from the drones, counter-battery radar system and other surveillance systems. This increases the accuracy and efficiency of fire at times.

In addition, the new RZSV has a more powerful salvo - up to 50 rockets, instead of 40 in the "Grad".

"In general, "Berest" in comparison with the "Grad" has a high volley power, the accuracy of fire, integration in digital control systems and artillery guidance, great mobility and requires less time to open the fire", - sum up the results at Ukroboronprom.


More in this category: « KrAZ handed over to the Ukrainian military a new self-propelled chassis Iveco will ensure the defense of a European country »
back to top