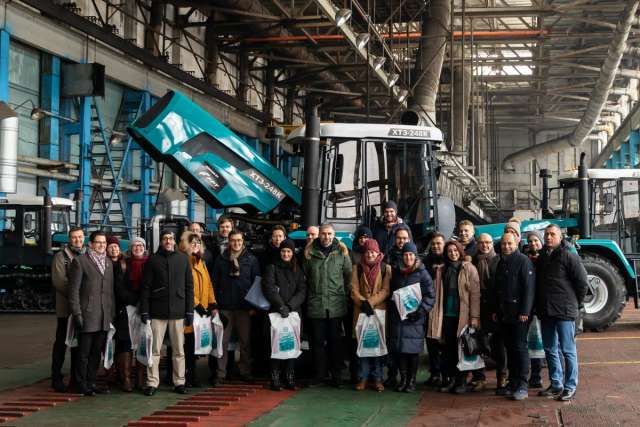 At the request of the EU Delegation in Ukraine, the Kharkov Tractor Plant, belonging to the DCH group of the Ukrainian businessman Alexander Yaroslavsky, received a delegation of European diplomats and advisers to the embassies of the EU member states in Ukraine.

“We came here not only because the Kharkov Tractor Plant has great historical significance. It is also an enterprise that has all the prospects for development and subsequent entry into the European markets, ”said Fabio Della Piaza, the goal of the visit of European diplomats to HTZ.

For his part, Andrei Koval, General Director of KTP, said: “This is one of the largest enterprises in the Kharkiv region, moreover, one of the few enterprises of the machine-building sector. The diplomats saw that the enterprise was working, the workers were in their places. For us, this meeting is interesting in terms of strategy: we export products. But the problem that holds us back is the compliance of our product with European certification requirements. The rest of the modernization is going according to plan, as part of the reconstruction of a number of workshops, a 3D laser was installed, we are currently buying machining centers, and there is a gradual process of adaptation. If you saw that we were selling 2 years ago and that we are selling now, all the goals we have set are quite achievable. ”

We note that all domestic producers, without exception, have prospects for entering the EU markets: it is enough to produce competitive, high-quality products that meet the standards.

However, few will be able to take advantage of these prospects. And the HTZ - the chances are quite large.

Published in Agro
Tagged under


More in this category: « In Ukraine, a new steel for agricultural machinery
back to top