Operational information as of 18.00 on March 2 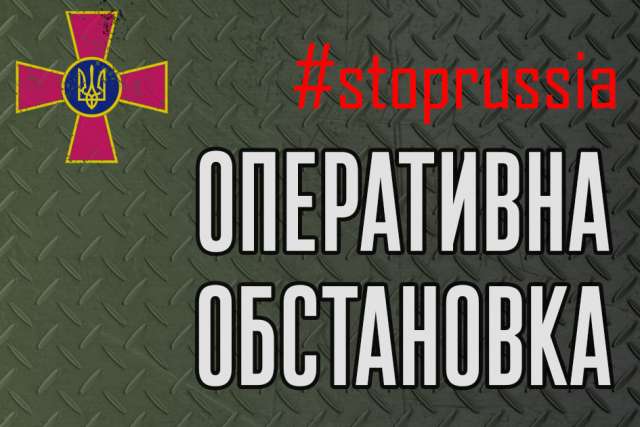 The seventh day of the heroic resistance of the Ukrainian people to the russian invasion continues.

In Volyn, units of the Armed Forces of Ukraine have created a reliable defense system. The nature of the enemy's actions, which is demonstrating along the Ukrainian border, is constantly being monitored.

In the coastal direction, Ukrainian defenders continue to conduct a defensive operation, successfully deterring the overwhelming forces of the enemy. Our divisions neutralized the landing party which tried to land near the city of Mykolayiv.

Cases of surrender of groups of russian soldiers and officers, as well as refusals to continue the offensive, continue.

The Air Force of the Armed Forces of Ukraine repels attacks from the air. Since the beginning of the Russian invasion of Ukraine, the enemy has fired more than 180 missiles. In addition to military facilities, civilian infrastructure and residential areas were severely damaged.

Russian occupying forces violate the norms of international humanitarian law by looting and killing local people, including children. The morale of the occupying army is extremely low.

During the current day, up to thirty fighter jets violated the airspace of Ukraine, mostly from the Republic of Belarus, and bombed the civilian population.

Units of the Armed Forces of Ukraine liberated Makariv, Kyiv oblast, and positioned themselves in the city.

Certain forces and means are defending the city of Kyiv, continue to conduct systematic hostilities and hold certain areas.

The enemy is demoralized and continues to suffer losses in personnel and military equipment!