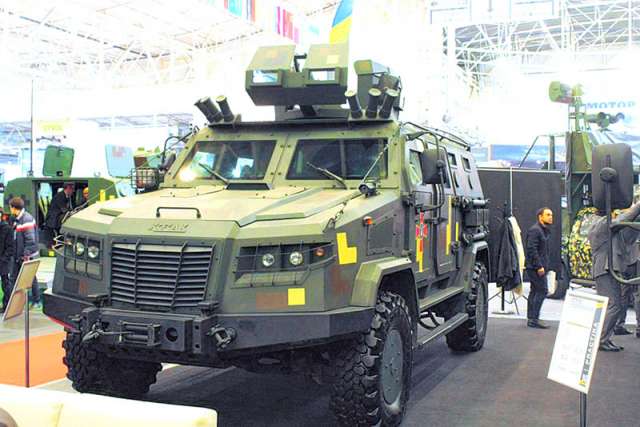 “Among the copies there is a machine“ Kozak-2M ”, which is special in its class, as it is made on an independent suspension. This machine is developed by us for use by special operations forces, military landing units. "Kozak-2M" was developed in conjunction with the military officers of the Special Operations Forces, "she said.

Also Yu. Vysotskaya added that Praktika company presented a deep modernization of the BTR-60. On the BTR-60 was replaced by the body, engine and a number of major components. The machine is made to perform various tasks from medical operations in command tasks and combat support.

“Based on the fact that Kozak-2M has passed all tests, we hope that this particular machine, due to its high demand and interest from future users, will be purchased next year,” said the Director for Development and International Relations of CJSC "Scientific and Production Association" PRACTICE ".

“BTR-60 and BTA Ataman were created on the basis of joint decisions with the Ministry of Defense and we hope that after passing the corresponding tests, they will also be purchased. CJSC "Research and Production Association" Praktika "" can produce from 100 cars a year, "the interlocutor summed up.

More in this category: « Special equipment of the Armed Forces of Ukraine: GMC TopKick rescue vehicles On the basis of KrAZ presented a new combat vehicle »
back to top