Ukrainian soldiers destroyed the pride of the Russian military-industrial complex 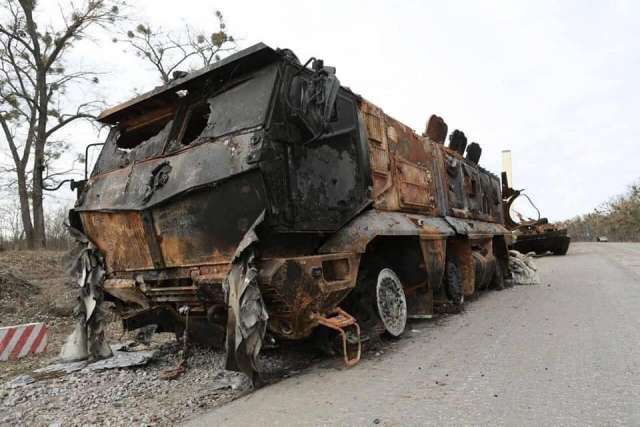 This was reported at the General Staff of the Armed Forces of Ukraine.

The pride of the Russian military-industrial complex - KAMAZ "Typhoon" was destroyed by the Armed Forces.

"Ukrainian soldiers made him unique - so he certainly has not looked anywhere else in the world," - said in a statement.

It affected a few others.

KAMAZ "Typhoon" is a universal armored vehicle of high security on the original chassis. It belongs to the MRAP class machines - protected from mines and ambushes. "Typhoon" belongs to a new stage in the development of Russian vehicles for the armed forces.

The cost of the car starts at $ 2 million, and this is not the first Typhoon to blow up in Ukraine.

More in this category: « The defense forces hit 17 air targets during the day $ 4 million worth of equipment for recording war crimes has been transferred to Ukraine »
back to top