Chinese flagship in Ukraine focused on the brand Lovol 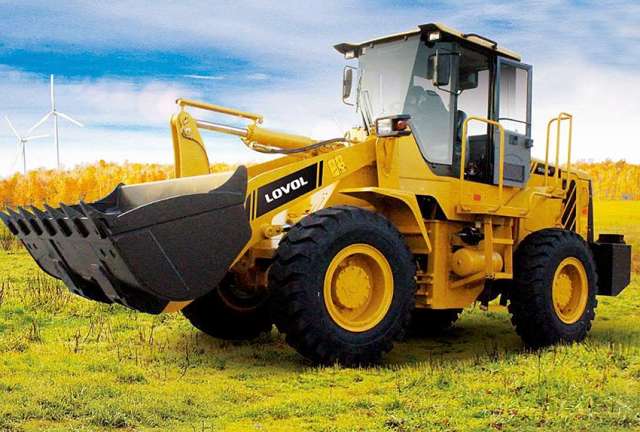 Recall the concern's products are known in Ukraine and other Western countries under the names Foton, Foton Lovol, Lovol, Foton Europard, Europard (and this is not the whole list).

The fact is that one of the largest Chinese manufacturers of special and agricultural equipment year after year collected “under his wing” leading manufacturers of tractors, as well as their brands.

According to SpecMachinery.com.ua, and quite recently the Italian brands of Arbos tractors, MaterMacc sowing equipment, etc. began to relate to the Chinese giant.

Moreover, the manufacturer has a European headquarters, aimed at developing machines for the European market.

Such an abundance of brands, and a focus on the European market led to the fact that from 2018 Lovol HI began to promote a single brand in the Western markets - Lovol.

The first began to be delivered loaders and excavators, for them the turn came to the tractors.

As it became known SpecMachinery.com.ua, most of the equipment under the brand Lovol - this is a new generation of machines, designed specifically for the European market.

It should be noted that a number of updated (both technically and visually) models are already presented on the Ukrainian market.

In dealerships you can still find a tractor under the brand Foton, but this offer will soon come to naught. Nevertheless, as representatives of the dealer company noted, the rebranding did not affect the availability of spare parts for Ukrainian consumers.

Published in Build
Tagged under

More in this category: « Liebherr presented its latest developments XCMG unveils 186ft boom »
back to top