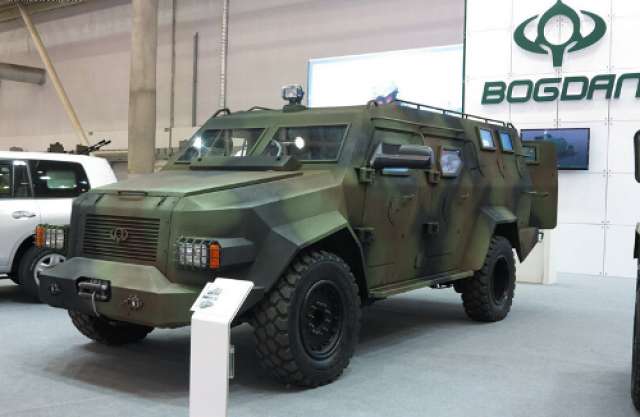 Bogdan Motors has entered the list of 20 most innovative companies in Ukraine due to the environmental modernization of the production and development of the Bars-8 armored car. The rating is compiled by the newspaper "Business Capital".

"Automobile company Bogdan Motors is the main production asset of Bogdan corporation. The company has the most up-to-date Ukrainian car production companies in Cherkasy, buses, trolleybuses and electric buses in Lutsk, as well as production capacities from truck assemblies and enterprises for guaranteeing and servicing vehicles of all types, "the publication said.

In addition, as stated in the material, the latest production of Bogdan corporation meets the modern environmental standards.

"The corporation has adjusted release of a fully electric bus А70100. He has already established himself in the EU market and runs the roads of Poland. Bogdan Motors also produced the first electric truck for municipal use for the Danish company Banke Electromotive, and the Bluebus transmitted 12-meter body for electric buses to the French manufacturer of environmental transport ", - emphasized in the" Business Capital ".

Also, analysts have noticed that Bogdan Motors is well-known for innovations in the production of military equipment.

"The armored car" Bars-8 "was developed at the Cherkasy automobile assembly plant in accordance with the standards of world analogues and with the requirements of the SCU," the material said.

During the compilation of the list, journalists took into account not only the availability of innovative plans for the future, but also successfully implemented innovations in technologies and products. The role of the company in the life of the country, the amount of investments invested in innovative projects, participation of the company in specialized exhibitions and the importance of the innovations introduced to strengthen the economic and technological potential and the international authority of Ukraine are also taken into account.

In general, the Lutsk plant can produce 2,2200 trolley buses and buses a year and is ready to provide the needs of domestic cities in a modern modern transport that meets European standards.


More in this category: « World manufacturer of construction machinery noted Ukrainian dealer Will the production of tractors YTO in Ukraine »
back to top