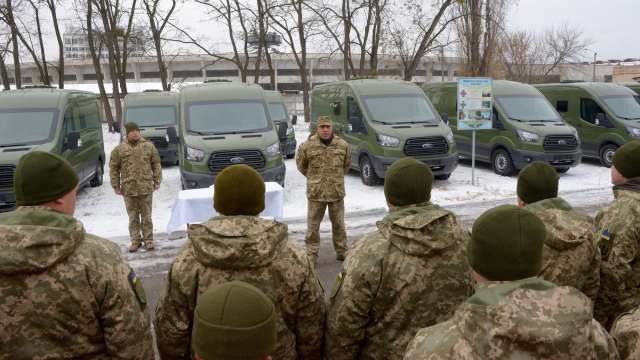 The question of replacing the outdated UAZ-3151, UAZ-452, GAZ-66 has matured long ago. And only in 2018, at the expense of funds allocated for the development of weapons and military equipment of the Armed Forces of Ukraine, it was possible to partially upgrade the mobile means of courier communication and postal service (FPS), reports the Public Relations Office of the Armed Forces of Ukraine.

A new model of weapons that meets the requirements has been developed and manufactured by the domestic scientific and production association of the Kiev region.

Providing the latest mobile equipment will increase the combat ability of military units, efficiency, reliability and security of the communication system as a whole.

More in this category: « Ukraine made an armored personnel carrier out of NATO steel KrAZ handed over to the Ukrainian military a new self-propelled chassis »
back to top